6 good reasons to eat, as a family, with your baby

Even if he turns your table into a battle field, your toddler needs to be there for family dinners. It is an essential moment so he can learn from your good eating habits! So, let’s put away the tablets, turn off the TV and teach to your little one how to eat like a “big kid”. 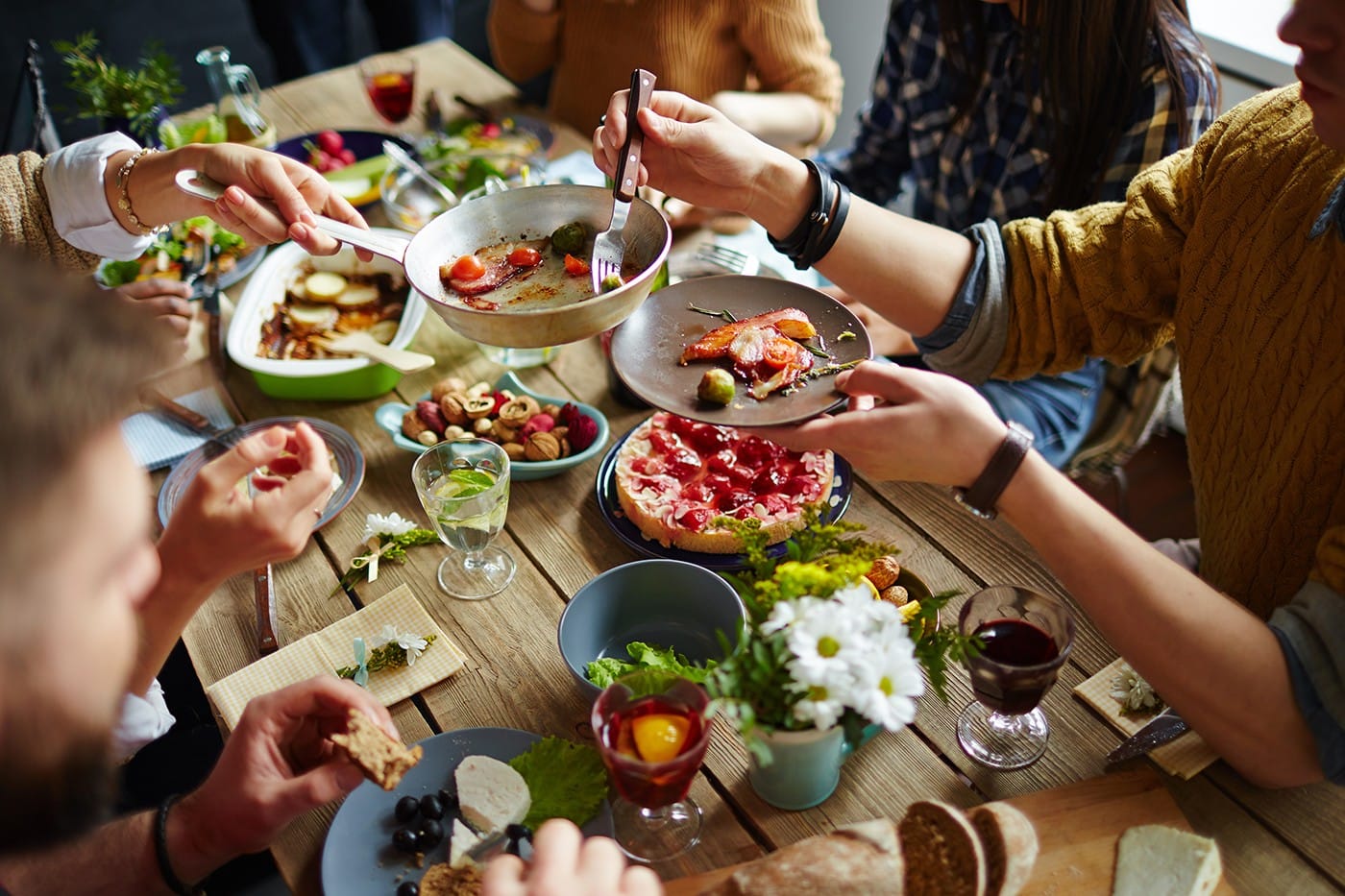 Between the parent’s meetings, the run to the day care and work, it is not easy to gather around the table as a family to share a good meal. Yet, numerous studies show that these moments produce real upsides for the kids: they are healthier, happier and get better grades at school! Research also showed that 7 family meals per week are enough to see real benefits. Breakfast, lunch, snack time… up to you to find the best moments to sit at the table with your clan. 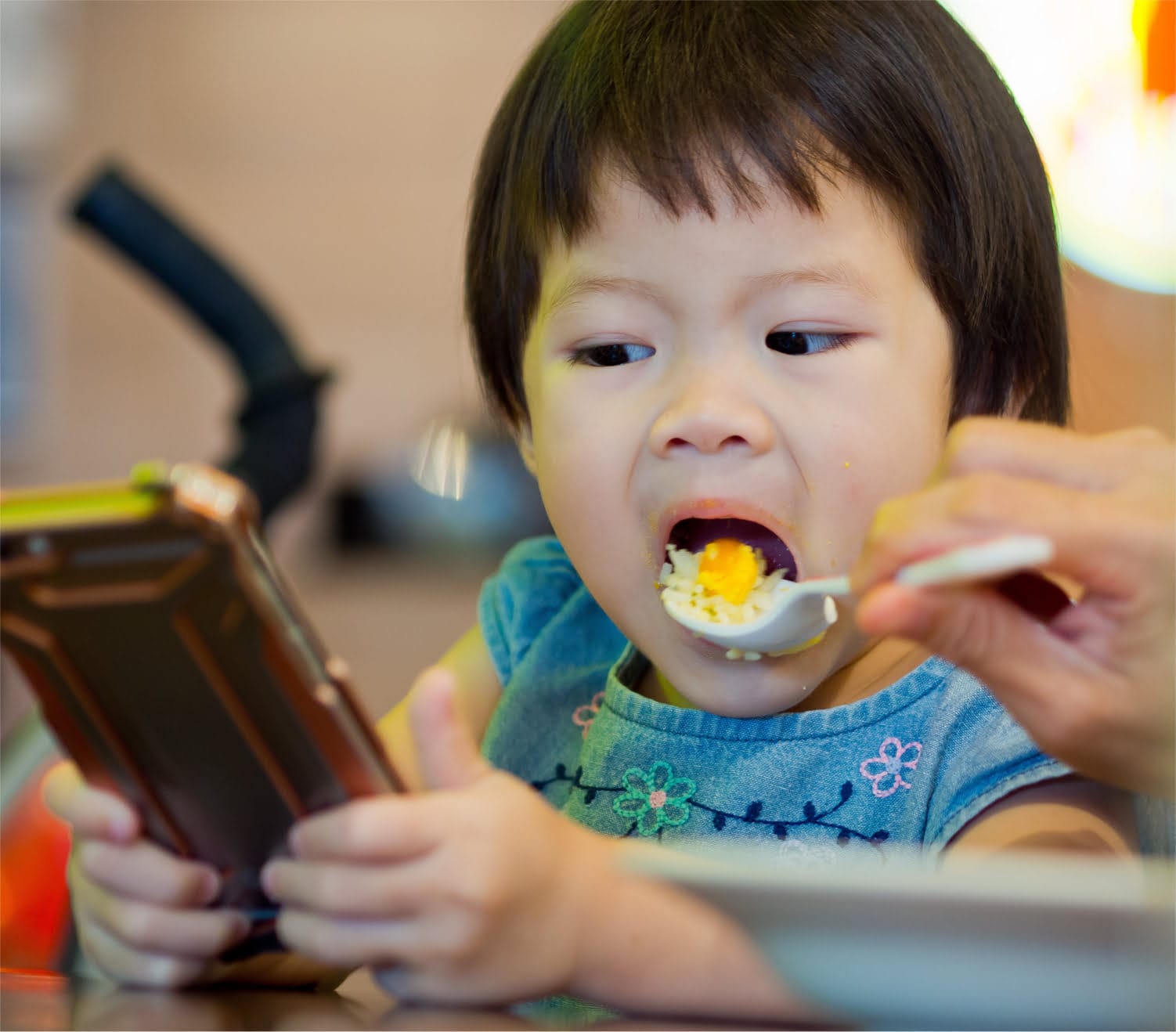 6 good reasons to eat with your baby

1. To set an example

From a very early age, a child imitates the gestures and habits of his family members, from the way to stand at the table to the way he eats. Mom smiles while she eats her spinach? Baby will smile when he’ll get his own spoon! Big sister adds a few fresh herbs to her salad? Your kid might imitate her too. However, if you never eat vegetables, it seems unlikely that your little one dreams about it… That’s why it is essential to set a good example, also at the table, when you are a parent.

According to an American study, children who regularly eat with their family, sleep at least 10 hours a night and children who watch TV less than 2 hours per day are less prone to obesity.

2. So he has the freedom to choose

By inviting your baby to the table, you can let him choose what he likes to eat (while making sure he eats a bit of everything!). The challenge? Teach him to make the right nutritious choices. And why not doing it like a game: try not to categorize food by saying that one is “too sugary” or the other one “makes you fat”, but insist more on the nutritional value of certain groups: “If you eat your meat, you will be strong…”, “These vegetables will give you energy!”

3. So he eats the same food as you

All parents wish that their children do eat a bit of everything when they’re adults. And yet, they don’t let them taste the same food. As Jenna Helwig explains it in her book “Real Baby Food”, babies can eat everything as long as it is prepared properly (in suitable quantities, without salt nor sugar…). In an interview to Fresh Bellies website, the author urges the parents to cook meals which will satisfy them as much as their kids: chicken with Moroccan spices, beet purée with yoghourt and dill or even grilled peers with rosemary, for example. “If you only give them chicken nuggets and pasta, they will probably ask for… chicken nuggets and pasta”, she says.

In their book Fat China: How Expanding Waistlines are Changing a Nation, the researchers Matthew Crabbe and Paul Frenche explain that the obesity of Chinese children is, among other things, linked to the fact that they are raised more by their grandparents. They are indeed less strict that the parents and tend to serve kids again and again. By putting the kids at the table with you, you can check their portions. The idea is not to forbid them another serving, but really to teach them how to take their time to eat, by chewing each food and to assess if they are still hungry.

5. To develop his culinary knowledge…

If you make a call with one hand and you try to feed your baby with the other, there’s little chance that he will ask the questions going through his mind. While sitting at the table with you, your baby will be able to point at this aniseed green vegetable which intrigues him… to hear you say: “This is a Romanesco cabbage, darling”. A Q&A game which is essential to the development of his knowledge and curiosity. In Japan, this learning actually became a tradition: the Japanese organise the “Okuizome” during the first 100 days of life of the baby, to make him taste all kinds of healthy food.

In 2006, a survey conducted by the Harvard university showed that meals with the whole family enable the children to develop their language skills, to read better and to get better grades in class. So, dinner’s reaaaaady!

Baby and food: the calm before the storm

Baby food: 3 good reasons to start preparing it yourself

Eating healthy should & can also be very yummy!

Repetition, variety and perseverance: keys for your baby to smile while trying new food